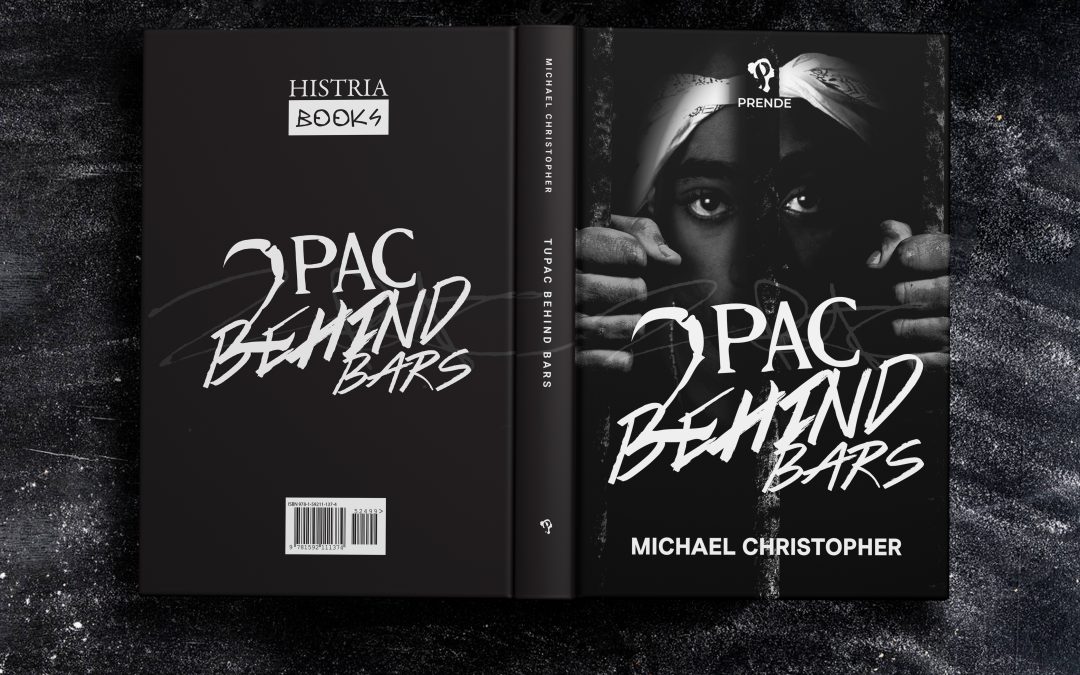 Histria Books is pleased to announce the release of Tupac Behind Bars by Michael Christopher. published for the first time by Gaudium Publishing, an imprint of Histria Books dedicated to outstanding works of non-fiction in a variety of fields. Written by a corrections officer who interacted with Tupac frequently during his time behind bars, this book sheds new light on this important period of the famous rapper’s life.

On March 8th, 1995, 2Pac Shakur, arguably the World’s greatest Rapper, arrived at the Clinton Correctional facility in Dannemora, New York, secured in shackles. Tupac walked with his eyes looking forward and his head hung low through the same hardened steel gates of the hundred- and fifty-year-old prison that men such as “Lucky” Luciano and John Gotti had passed through before him. Little has been written or said about Tupac Shakur’s time inside one of America’s most notorious prisons. He remained incarcerated for seven months until his unlikely release on bail on October 12th of the same year.

Tupac Behind Bars is a glimpse inside the 2017 Rock and Roll Hall of Fame inductee’s tumultuous time at Dannemora. It marked an important period in his life, one during which he got married, met his self-professed biological father, and signed a deal with Death Row Records on a handwritten contract.

The author, Michael Christopher, was a career corrections officer in New York State who reached the rank of Lieutenant before his retirement after almost twenty-seven years of service. Tupac Behind Bars is Officer Christopher’s account of his personal encounters with the famous rapper at the Clinton Correctional Facility.

Tupac. Behind Bars, by Michael Christopher, 112 pp., ISBN 978-1-59211-137-4, is available at HistriaBooks.com and from all major book retailers. Titles published under the various imprints of Histria Books are distributed worldwide by the Casemate Group. For information on publishing with Histria Books, please visit HistriaBooks.com or contact us at info@histriabooks.com