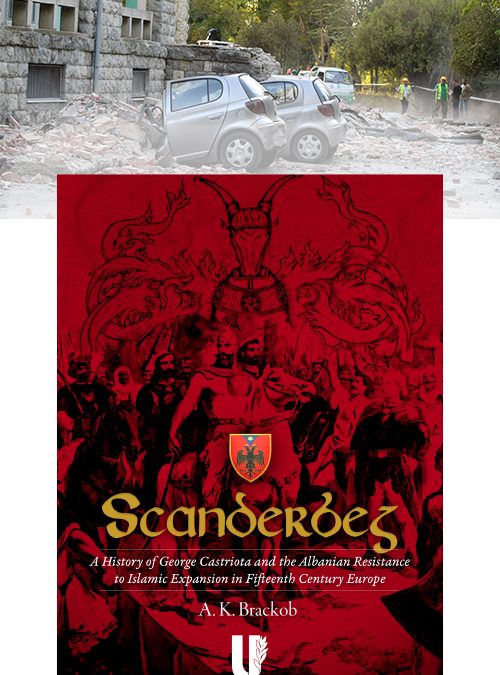 Histria Books is pleased to announce that it will donate $10 for each copy of Scanderbeg: George Castiota and the Albanian Resistance to Islamic Expansion sold on its website HistriaBooks.com in the month of December to aid victims of the devastating earthquake in Albania. The book is published by Vita Histria an imprint of Histria Books dedicated to outstanding academic works.

Scanderbeg tells the story of the Albanian national hero George Castriota Scanderbeg and his efforts to defend Europe against the assault of the Ottoman Turks. For a quarter of a century, from 1443 until his death in 1468, he used his military prowess to thwart the efforts of the most powerful Empire in the world at the time to subdue his tiny country. George Castriota defended Europe for a quarter of a century and, it can rightly be said, helped to save Western civilization from being overrun by Islam and suffering the same fate as the once mighty Byzantine Empire. This book examines the genius and remarkable achievements of Scanderbeg who helped shape the identity of the Albanian people, revealing the important contribution this small but proud nation has made to European civilization.

Histria Books also encourages you to donate online directly to help the victims of the recent earthquake on the official site established by the Albanian government: Donate to the Albanian Earthquake Relief Fund

Titles published by Histria Books are distributed worldwide by the Casemate Group. For information on publishing with Histria Books please visit HistriaBooks.com or contact us at info@histriabooks.com