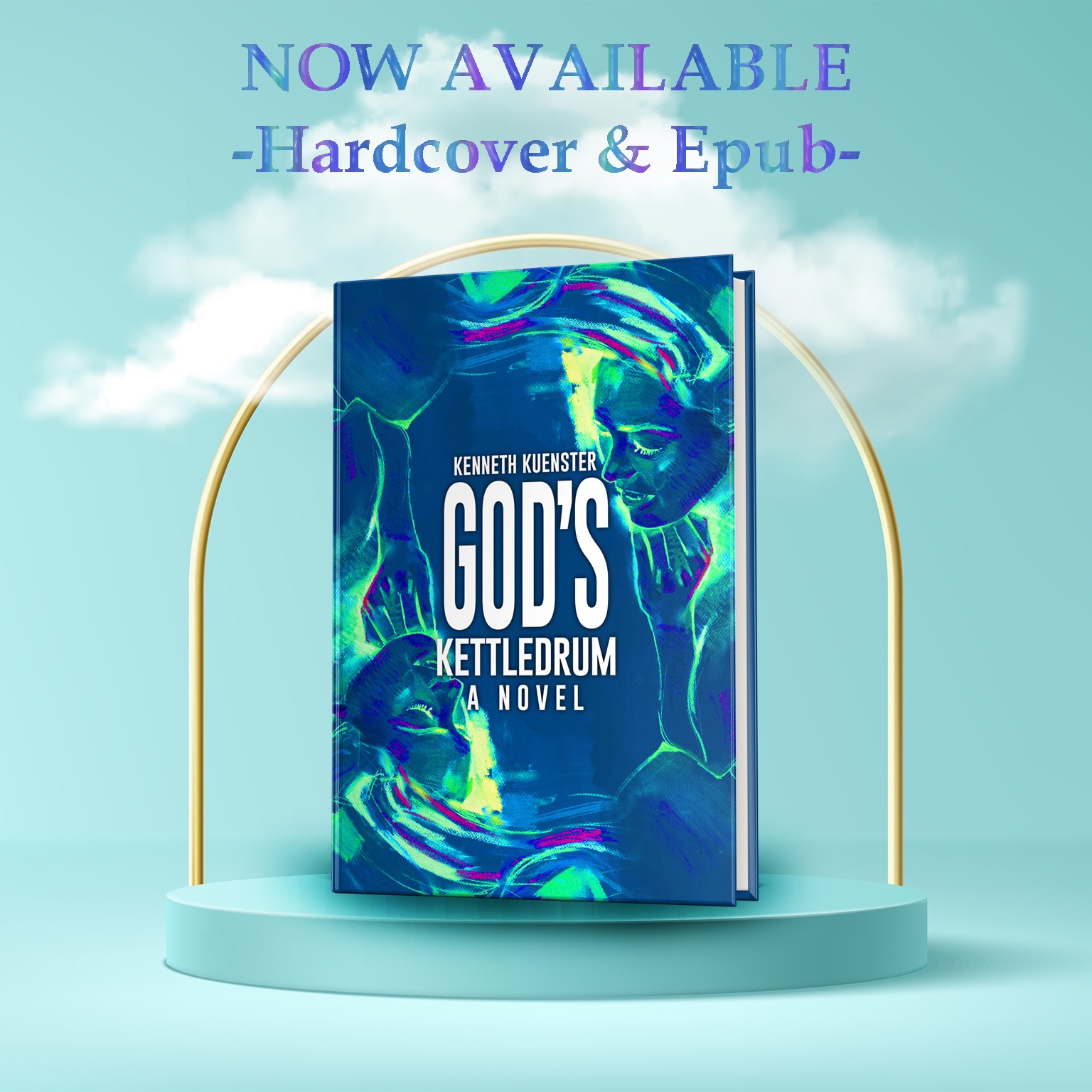 Histria Books is pleased to announce the release of God’s Kettledrum by Kenneth Kuenster. This book is published by Addison & Highsmith Publishers, an imprint of Histria Books dedicated to outstanding original works of fiction.

God’s Kettledrum is an adventure into the world of avant-garde theater performance, and the lives of its players. The narrator is the director of the theater group. Two of the main characters are identical redhead twin sisters Ada and Blain. Ada is a dancer with impressive skills and feisty attitude. Blain has been kidnapped from her school in Switzerland and the narrator is assigned the role of negotiating her release by the girl’s step-father and financial supporter of the dance company. Blain is being held in Rome and Ada is to accompany the narrator at the insistence of Lucrezia, a theater producer, who is involved in the holding of Blain. She is a midget, beautiful, and very accomplished, and a tough negotiator. She wants to co-produce a theater piece with the narrator for inclusion in The Festival dei Due Mondi in Spoleto which has always been denied her. The mother of the twins is introduced and has a light X scar across her face done by a forger of early painting, out of jealousy. The forger is the father of the twins. The forger locates the twins and arranges to have them model for him in a forged Lippi painting. In the process, he makes sexual moves on Ada, and when she rejects him, he attempts to scar her with a cut across her face but Blain kills him with a blow to the head — one of many interactions between the varied characters in the course of the book.

Kenneth Kuenster’s other novels include The Annunciationist. He is also a visual artist. His fiction and his visual art influence each other. The subject matter of his novels is art and artists of all kinds. He has spent much time in Europe, where many of the stories in his fiction take place. He has BFA and MFA degrees from Yale.

God’s Kettledrum, 232 pp., ISBN 978-1-59211-177-0, is available at HistriaBooks.com and from all major book retailers. It is also available as an eBook. Titles published under the various imprints of Histria Books are distributed worldwide by the Independent Publishers Group (IPG). For information on publishing with Histria Books, please visit HistriaBooks.com or contact us at info@histriabooks.com