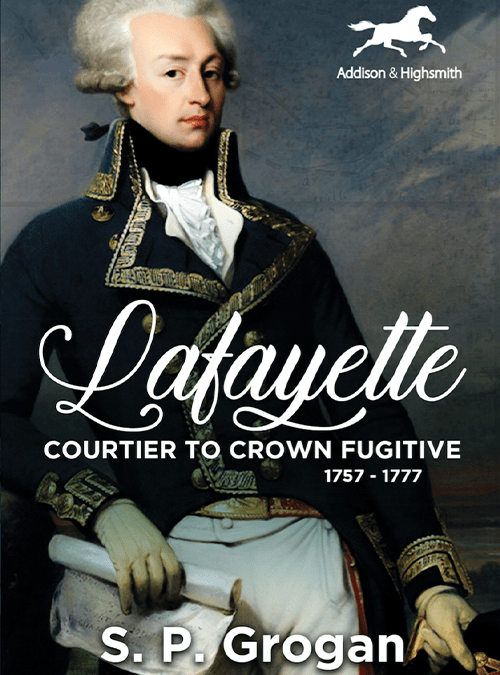 Barnes and Noble invited author S.P. Grogan to sign copies of his new book, Lafayette: Courtier to Crown Fugitive at their Summerlin location in Las Vegas, Nevada on Sunday, February 23, 2020. Numerous fans, admirers, and book lovers turned out to talk about the Lafayette and his future writing projects with the best-selling author, as well as to take home a signed copy of the book.

In Lafayette: Courtier to Crown Fugitive, 1757-1777, S.P. Grogan writes a fascinating fictional narrative about Gilbert Lafayette and his coming-of-age in the mid-1770s amidst the decadence of Queen Marie Antoinette’s French court. The story begins with young Gilbert sworn to avenge his military father’s death at the hands of the British. The reader will track how a country boy of Auvergne became the richest orphan in France, and how forces behind the throne, trying to gain control over his fortune, seek to marry him off to a twelve-year-old girl to support one of the most powerful military castes in France.

Lafayette – Courtier to Crown Fugitive is an ‘action’ story of highway robbers, spies, and court intrigues. The reader can see the developing psychological make-up of Lafayette: his search for a father-figure, his need for supportive love, and his blind passion for glory and fame. What is revealed is a young boy in the throes of transformation under the influences of Queen Marie Antoinette’s lifestyle of spoiled privilege, his attitude toward his young wife in a forced marriage, the secrets of the Masonic fraternity, the writings of Voltaire, the Encyclopédistes, and the voice of the anti-slavery Abbot Raynal. All come together to transform his mindset, as Gilbert, blinded by class liberté idealism, seeks to run away to join the American revolutionary army. In doing so, he becomes a fugitive from the King’s edicts, and his ensuing flight and pursuit climax in a showdown on the beaches of Spain.

This outstanding novel has been nominated for the Benjamin Franklin Award for best historical fiction. This beautiful hardcover edition is available at HistriaBooks.com and at all major book retailers: Lafayette: Courtier to Crown Fugitive, 370 pp., ISBN 978-1-59211-031-5. The book will be released in paperback and ebook formats on May 15, 2020. Titles published by Histria Books are distributed worldwide by the Casemate Group. For information on publishing with Histria Books please visit HistriaBooks.com or contact us at info@histriabooks.com