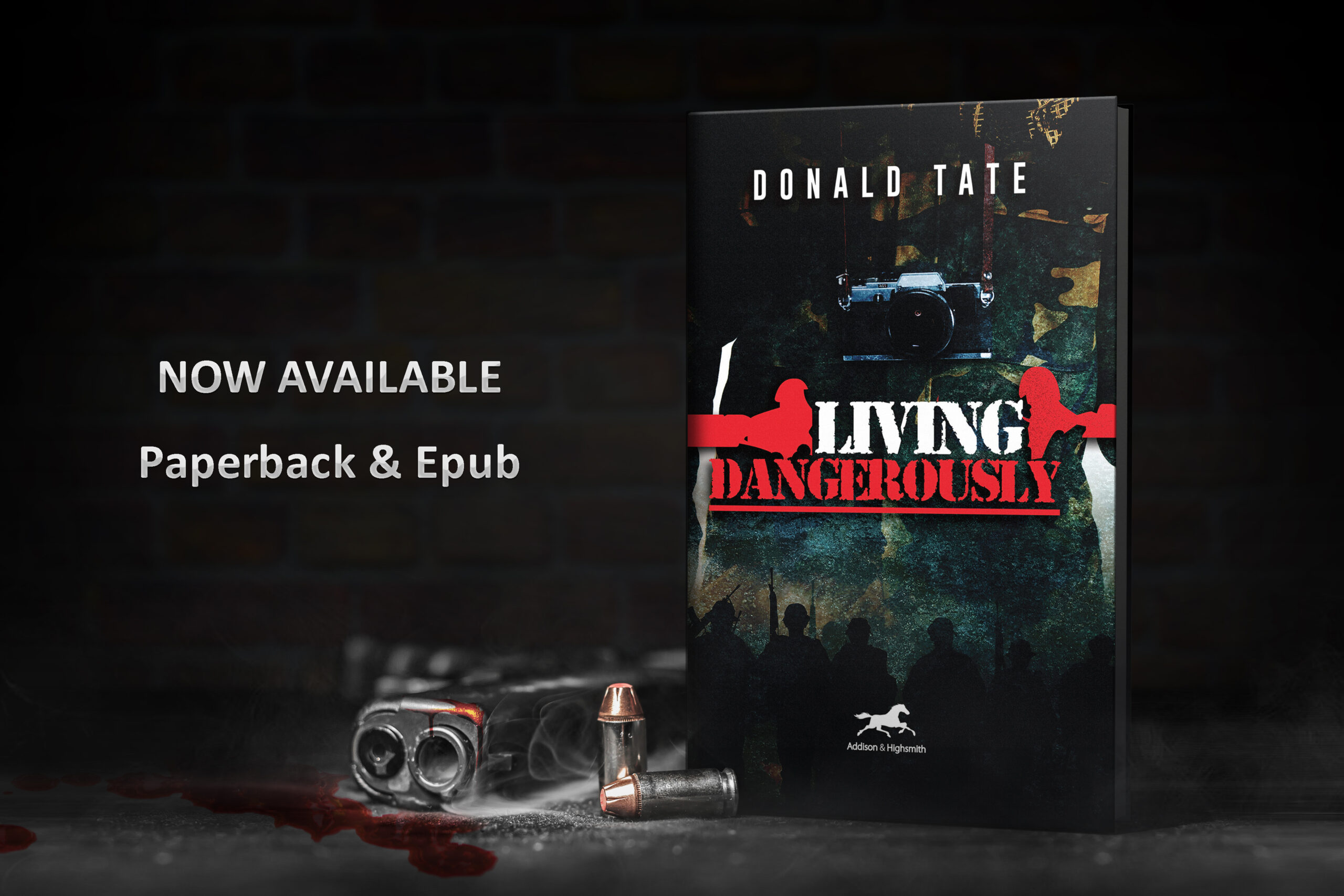 Histria Books is pleased to announce the release of the paperback and eBook editions of Living Dangerously by Donald Tate. This exciting Vietnam-era tale is published by Addison & Highsmith Publishers, an imprint of Histria Books dedicated to outstanding original works of fiction.

Living Dangerously: In Sweet Delusions And Datelines From Shrieking Hell is a history-driven story casting a wide net over the Vietnam War, called the most important event of the second half of the twentieth century. It is a story with flashbacks and live action, from the battlefield to the bedroom, politics and the military, to a his-her war of sweet, bitter, and brave love.

Former Vietnam correspondent Donald Kirk, author of Tell it to the Dead: Stories of a War and Wider War: The Struggle for Cambodia, Thailand and Laos, says that Living Dangerously “captures the mood, the ethos, and the suffering of the Vietnam War in this saga of love and hate, arrogance and humiliation in the battlegrounds of Vietnam and the social whirl of Saigon. He takes us from “the Continental shelf,” the veranda of the legendary Continental Hotel, and the raucous streets of the South Vietnamese capital, then back, again and again, to scenes of life and death in remote jungles and rice paddies. This is an epic of war and love that captures, in fiction, the debacle of Vietnam in the period of the disastrous Tet 1968 offensive and the “second wave” that formed the turning point of the war. On the way, he satirizes the phonies and loonies, from blowhard journalists to chest-thumping generals, all guilty in the tragedy of the war.”

Donald Tate won the Ernie Pyle Memorial Award for his war coverage in Vietnam in 1968. During his seven years as Vietnam war correspondent for Scripps Howard Newspapers in Vietnam, he covered the major actions of the war. He also covered the Indo-Pakistani conflict, the war in Cyprus, the Arab-Israeli war, and various revolutions. Later, with The Stars and Stripes he covered hotspots in Asia, the Middle East, and Europe, including the fall of the Berlin Wall and the collapse of the Soviet Union. A native of Memphis, Tenn., he now resides in Panama City, Florida, with his wife and daughter.

Living Dangerously,  294 pp., ISBN 978-1-59211-196-1, is available at HistriaBooks.com and from all major book retailers. It is also available as an eBook. Titles published under the various imprints of Histria Books are distributed worldwide by the Independent Publishers Group. For information on publishing with Histria Books, please visit HistriaBooks.com or contact us at info@histriabooks.com