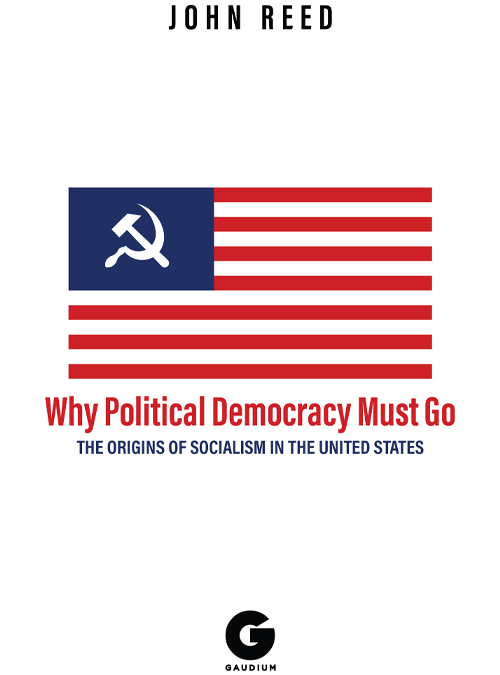 Histria Books is pleased to announce the release of Why Political Democracy Must Go: The Origins of Socialism in the United States by John Reed. Born in 1887, John Reed was one of the most remarkable journalists of his generation, famous for his acclaimed portrayal of the Russian Revolution, Ten Days That Shook the World. Reed’s collection of essays, Why Political Democracy Must Go is published for the first time by Gaudium Publishing, an imprint of Histria Books dedicated to outstanding works of non-fiction in a variety of fields.

Why Political Democracy Must Go is an insightful analysis of the origins of the socialist movement in the United States, written by famed journalist John Reed, one of the most distinguished American writers on the subject. One of socialism’s fiercest proponents, Reed exposes the myth of ‘democratic socialism.’ He provides an overview of the development of socialist thought, demonstrating that socialism cannot be achieved through political democracy.

Originally published in 1919 in serial form, Why Political Democracy Must Go provides critical historical insight on the evolution of socialist thought in the United States. Reed gives a devastating critique of the American political system that, in many ways, is as valid today as it was when he first wrote it. Today, when there is renewed interest in socialism on the American political scene, this notable series of essays reveals the underpinnings of socialist thought. John Reed’s analysis will be of interest to those on all sides of the political spectrum. The book is enhanced with an introduction by acclaimed historian A.K. Brackob, editor of another collection of Reed’s writings, Romania during World War I: Observations of an American Journalist.

Why Political Democracy Must Go, by John Reed, 132 pp., ISBN 978-1-59211-099-5, is available at HistriaBooks.com and from all major book retailers. Titles published under the various imprints of Histria Books are distributed worldwide by the Casemate Group. For information on publishing with Histria Books, please visit HistriaBooks.com or contact us at info@histriabooks.com

The paperback is coming this week! Percy St.-John

The Lost Diary of Anne Frank made @BookTrib's top