Histria Books Announces the release of Macron Unveiled: The Prototype for a New Generation of World Leaders by Alain Lefebvre 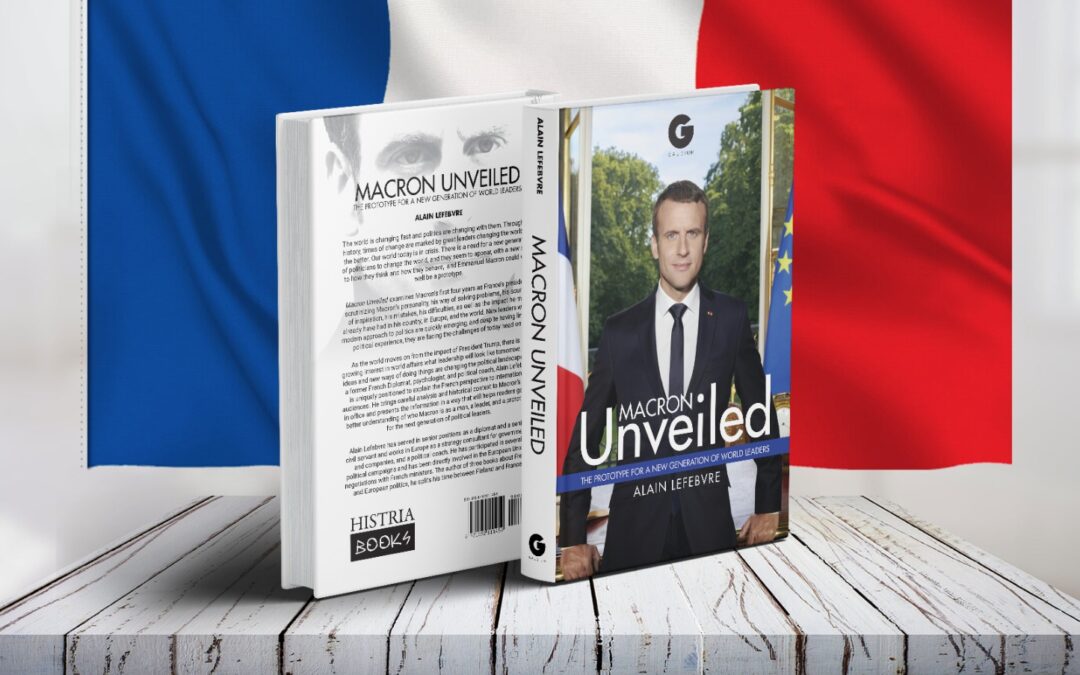 Histria Books is pleased to announce the release of Macron Unveiled: The Prototype for a New Generation of World Leaders by Former French diplomat Alain Lefebvre. The book is published by Gaudium Publishing, an imprint of Histria Books dedicated to outstanding works of non-fiction in a variety of fields.

The world is changing fast and politics are changing with them. There is a need for a new generation of politicians to change the world, and they seem to appear, with a new style to how they think and how they behave, and French President Emmanuel Macron could very well be a prototype.

Macron Unveiled examines Macron’s first four years as France’s president, scrutinizing Macron’s personality, his way of solving problems, his sources of inspiration, his mistakes, his difficulties, as well as the impact he may already have had in his country, in Europe, and the world. New leaders with a modern approach to politics are quickly emerging, and despite having limited political experience, they are facing the challenges of today head on.

As a former French Diplomat, psychologist, and political coach, Alain Lefebvre is uniquely positioned to explain the French perspective to international audiences. He brings careful analysis and historical context to Macron’s time in office and presents the information in a way that will helps readers gain a better understanding of who Macron is as a man, a leader, and a prototype for the next generation of political leaders.

Alain Lefebvre has served in senior positions as a diplomat and a senior civil servant and works in Europe as a strategy consultant for governments and companies, and a political coach. He has participated in several political campaigns and has been directly involved in the European Union’s negotiations with French ministers. The author of three other books about French and European politics, he splits his time between Finland and France.

Macron Unveiled: The Prototype for a New Generation of World Leaders, 252 pp., ISBN 978-1-59211-145-9, is available at HistriaBooks.com and from all major book retailers. Titles published under the various imprints of Histria Books are distributed worldwide by the Casemate Group. For information on publishing with Histria Books, please visit HistriaBooks.com or contact us at info@histriabooks.com