Histria Books is pleased to announce that CAPTAIN COOKED by S.P. Grogan has won a Gourmand Award for “Best in the World” Food Novel 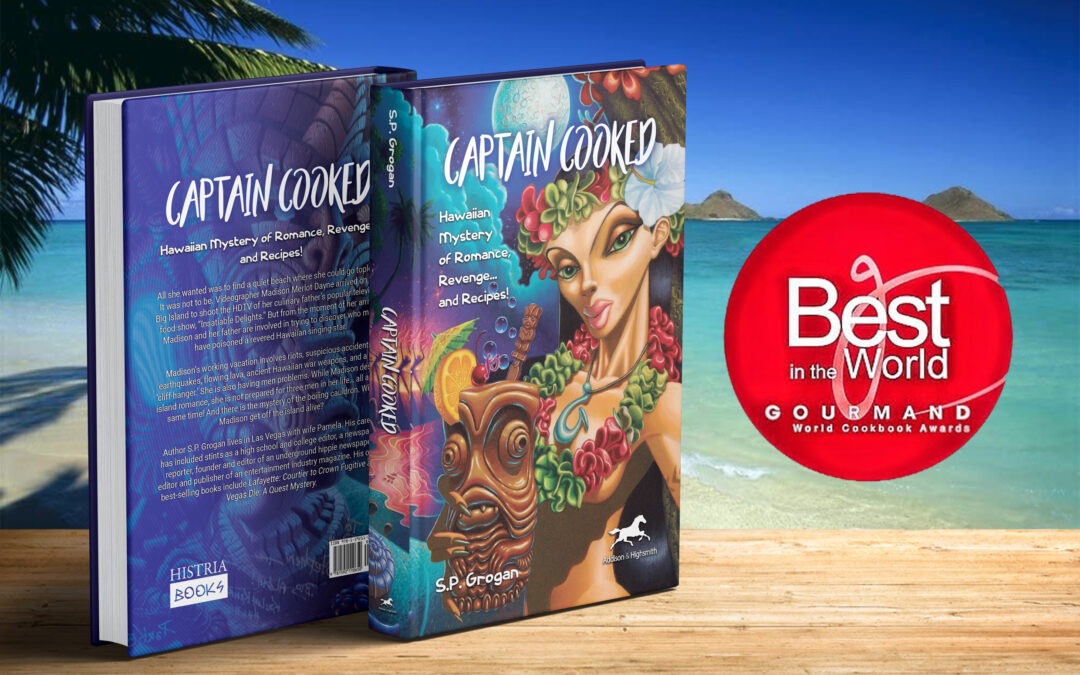 Histria Books is pleased to announce that author, S.P. Grogan has been awarded two 2nd Place awards for his culinary novel, Captain Cooked, as “Best in the World” at Gourmand International Cookbook Awards held in Umea, Sweden from June 2-5th.

Edouard Cointreau, Founder & President of Gourmand International stated: “The selection of the Gourmand Awards gives an overview of the best around the world. The size of that universe is difficult to envision from individual countries. In total, we estimate there are now over 100,000 food and drink culture books and documents every year, in print or digital, free or paid, with or without ISBN registration. There were approximately 25,000 when we started 26 years ago, with much less digital or free. There is approximately 1% chance to be selected on this Gourmand Awards list!”

Gourmand International Awards, known as the ‘Oscars of the Culinary World’ celebrated its 27th Anniversary, and for books published in 2021, there were only 1,558 selected as final nominees from 227 countries, more countries represented than participate in the Oscars or the Olympics.  Gourmand International is the largest world competition in the food sector.

Captain Cooked tells the story of a young videographer, Madison Merlot Dayne, who is the field producer on her chef father’s traveling and popular television cooking show, “Insatiable Delights”. Arriving on the Big Island of Hawai’i she stumbles across the poisoning of a famous Hawaiian singer, and thereafter faces danger while trying to solve the murder as well as tasting the delicacies of the islands.  Captain Cooked interweaves 22 recipes into the plot from the top chefs and restaurants on the Big Island.

S.P. Grogan was also recognized by Gourmand International with a ‘Special Award’ as editor of My Cookbook Passion by his wife, Pamela Kure Grogan who was selected as a “Special Award Winner.” My Cookbook Passion is semi-autobiographical and a culinary history that tracks the evolution of the creative food world, from the 1920s-1980s as seen through Pamela’s personal collection of over 3,000 vintage cookbooks. Gourmand President Cointreau commented, “Your book is a real treasure, most interesting and well written. It brought back many happy memories.”

Captain Cooked: Hawaiian Mystery of Romance, Revenge… and Recipes!, 272 pp., ISBN 978-1-59211-065-0 (hardcover) and ISBN 978-1-59211-112-1 (paperback), is available at HistriaBooks.com and from all major book retailers. Titles published under the various imprints of Histria Books are distributed worldwide by the Independent Publishers Group. For information on publishing with Histria Books, please visit HistriaBooks.com or contact us at info@histriabooks.com